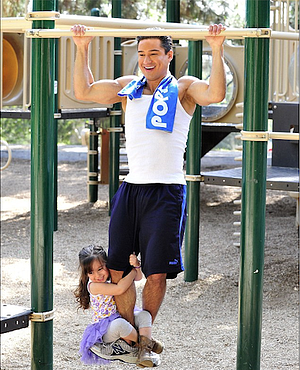 Still don’t know what to get Dad for Father’s Day? We were having trouble figuring it out at MISSION, so we put together a list of what we think are the TOP TEN gifts for active, summer loving dads this year! 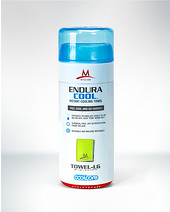 Whether it’s a round of golf, an afternoon on the tennis courts or a day by the pool, what better way to keep Dad feeling refreshed than with one of these?! Did we mention that these come in Dad’s favorite NCAA and MLB team styles too? $14.99-$19.99 from Mission

When Dad comes home from a long day at work and wants to relax or is looking for some entertainment while he swims laps at the pool, a set of wireless outdoor speakers can definitely get the job done! All he has to do is plug in his stereo or MP3 player and he is seconds away from filling your yard with the sounds of his favorite band. $149.99 at Brookstone

Maybe Dad likes to go out on the course to hit a couple of balls late at night? Or maybe he gets up at the crack of dawn to work on his swing? Either way he can be sure to never lose a ball again with a set of light-up golf balls! $24.99 on Amazon

Dad works hard and he deserves some relaxation in the fresh air! What better way to do this than with a brand new hammock? This will definitely let his worries drift away while starring off into the summer sky. $379.00 at Brookstone 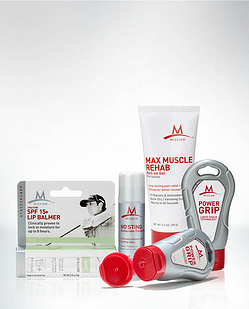 Does your Dad want to hit a hole in one like Sergio Garcia? Or maybe he wants to rule the tennis courts like Serena Williams? Either way MISSION has worked with our athletes to put together a survival kit for the golf or tennis player in your life! So treat dad to a perfect game and make sure he is prepared to play his best in the summer sun. $25.50 from Mission Athletecare 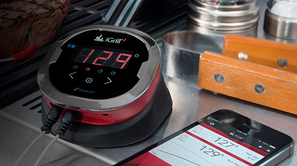 What’s Father’s Day without a barbeque? The iGrill is the ultimate grilling thermometer that allows you to track four meat temperatures simultaneously all via Bluetooth on their app! Maybe if you give Dad his gift early enough you can enjoy a delicious steak for Father’s Day dinner. $99.99 from iDevices

Help Dad stay in shape in the most convenient way possible! Flex is a slim wristband that tracks your activity and how many calories you burn during the day and your sleep patterns at night. The best motivation Dad needs to get going is smaller than the average watch. $99.95 from Fit Bit 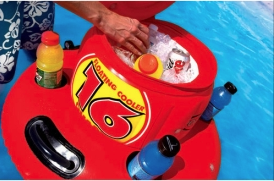 It’s not good enough for Dad to just stay cool in the pool this summer, it’s important for him to stay hydrated too! Make sure his thirst is always quenched whether he is swimming laps or relaxing on a raft. $49.99 at Dick’s Sporting Goods

The opportunities for outdoor summer fun are endless with any of the backyard games that are popular this summer season! From $39.99 at Dick’s Sporting Goods 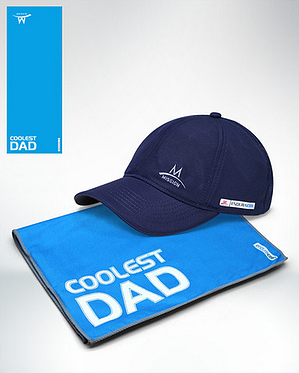 Show your Dad why he’s the coolest! No matter what he does this summer people will know how great he is with any of our limited edition Father’s Day towels! Pair that with our Instant Cooling Cap and he is ready to take the heat. $30.00 from Mission Athletecare 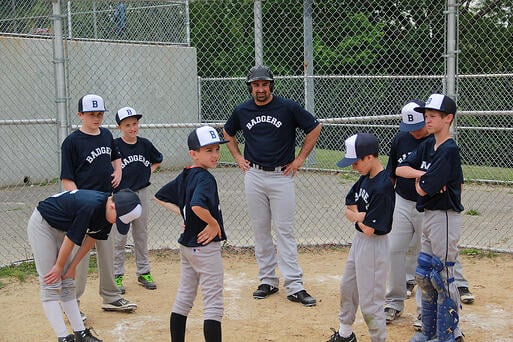 After traveling across the country, going 3-4 at the plate with a two-run homer and a double, most would succumb to jet lag and enjoy a relaxing morning before gearing up for round two. Well, that was not the case for MISSION’s newest athlete, Adrian Gonzalez of the Los Angeles Dodgers.

Adrian spent last Wednesday morning hanging out with our team and 20 excited little leaguers to shoot a video for MISSION Shock Grip, a shrink-to-fit grip for baseball bats that reduces shock and enhances grip. (Expect the full video to hit the Internet in mid-June!)

While we loved having Adrian in our spotlight, many of his best moments were off camera. He met all 20 of his co-stars before we starting filming, and took time to take photos with the  crew of little sluggers.

It’s safe to say that the local teams from Rye Brook and Yonkers stole the spotlight at times! Not only did they hit it out of the park with their acting chops, they were real champs when it came to spending all day out in the hot sun. Of course, they rocked  MISSION EnduraCool towels on set to keep refreshed!

For a one-day shoot, we assembled an All-Star squad and are glad to have Adrian as a part of the Mission Athletecare team.

Check out some more pics from the day! 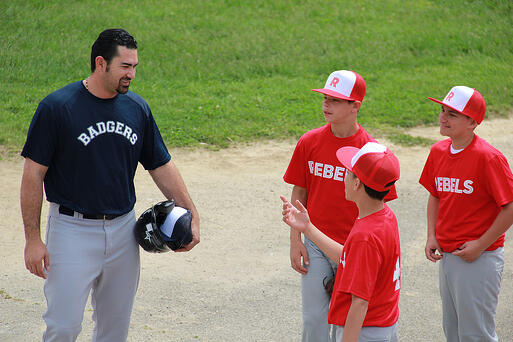 After this past Sunday’s win at the Castello Masters, Sergio Garcia took a convincing step back towards the top. It was on this very course, where his father is still a club pro, that El Niño began playing golf at the age of three. Now, just three days ago, his decisive eleven-stroke win has propelled him back into the world's Top 50. Many may remember his breakthrough performance in ‘99, at the age of 19, when he finished second to Tiger Woods at the PGA Championship. Read more about Sergio's victory on ESPN

Since partnering with Mission Athletecare, Sergio’s input has been instrumental in developing and field testing products that help protect golfers and enhance performance at every level. In addition to enhancing performance, Mission products support rehabilitation. To make sure he's rehabing as best and as fast as possible, Sergio says he loves to use Mission's Max Muscle Rehab. "It helps me recharge my muscles, get good energy and be ready for the next day." What do the upcoming days have in store for him? We're hoping a Major. Or two.

Learn more about what Sergio uses to win