This is a the first in a series of profiles that will introduce you to Mission's Athlete Partners.

Ryan was born in La Palma, CA, in 1989. He started rolling on a skateboard in his driveway at 18 months, and by the time he was 4, he could do ollies. At 7, he got a mini-ramp in the backyard and began skating every day.

He burst on to the international stage in 2007 as the star of his MTV reality show The Life of Ryan which chronicled the successes, struggles and mayhem of the young pro. 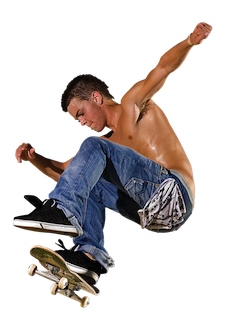 Now, at just 19 years of age, Ryan has won nearly every skateboarding title there is. A pro by the age of 13, he is a three-time AST Tour Champion, an X Games Gold Medalist and a World Cup of Skateboarding Champion.

When he's not breaking records, Ryan is busy growing his family-run charity, The Sheckler Foundation, which provides funding and assistance to those in need.

Founded in 2008, The Sheckler Foundation was created as an avenue for Ryan, his family, friends and business associates to give back to the community and industry that they are so grateful for. Fueled by the desire to contribute to the many causes that directly benefit and enrich the lives of children and injured action sports athletes, The Sheckler Foundation produces fundraising events, passion projects and web-based initiatives to raise capital and awareness. The Foundation's ultimate goal is to empower the community to “Be the Change”!

The Sheckler Foundation recently hosted their 2nd Annual "Skate for a Cause" event at the Etnies Skate Park of Lake Forest in California. This year's event benefited Autism Speaks. Autism Speaks has grown into the nation's largest autism science and advocacy organization, dedicated to funding research into the causes, prevention, treatments and a cure for autism; increasing awareness of autism spectrum disorders; and advocating for the needs of individuals with autism and their families. Check out this video recap from the folks at Etnies.

Look for Ryan and his Plan B cohort in the new "Super Future" video dropping July 2011. Do yourself a favor and watch some of the unbelievable air Ryan gets in this promo video.